Eating disorders can strike at any age 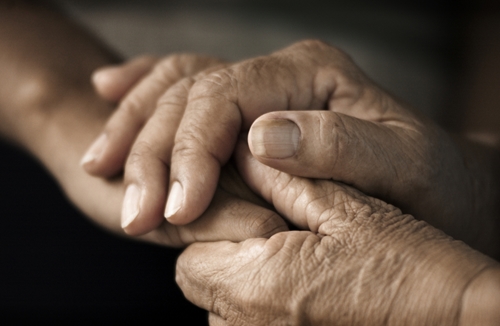 Many people think of eating disorders like anorexia and bulimia as afflictions of the young and primarily female, but it's important to realize that they can actually develop in both men and women at virtually any age. In fact, some experts think we dramatically underestimate the number of middle-aged and elderly people who currently suffer from such conditions.

The data among older subjects is limited, but a 2012 study of women over 50 found that 13 percent of subjects struggled with eating disorders, and more than 60 percent said their weight or shape negatively impacted their lives. Lead study author Cindy Bulik said it was important to raise awareness of the prevalence of anorexia, bulimia and binge eating across age brackets, especially among subjects who had recently experienced big life transitions.

"We ask the question, what are the triggers to mid- and late- life eating disorders?" she told USA Today. "They're talking about divorce, loss, children leaving home, children coming home, being in the sandwich generation when you're taking care of children and your parents. Food can be seen as a way to regulate mood during these times."

While Bulik's study only collected data from women, remember that men too can develop anorexia, bulimia and compulsive eating problems. Just last month, syndicated health columnists Mike Roizen, M.D., and Mehmet Oz, M.D., published a letter from a reader describing his 65-year-old male friend's sudden, dramatic weight loss and unhealthy eating habits. In their response, the doctors correctly stated that the man could indeed be suffering from an eating disorder, possibly precipitated by a traumatic event or an experience of loss. The doctors added that they think as many as 25 percent of those with eating disorders are adult men.

At Fairwinds Treatment Center, we welcome male and female patients of all ages, using our dual diagnosis treatment plan to address both their eating disorders and any underlying mental health problems. A person's eating issues are often caused or exacerbated by psychological conditions like anxiety, depression and obsessive compulsive disorder, which may have never before been diagnosed. Too many treatment centers fail to acknowledge co-existing psychological and emotional factors, an approach that is almost never effective. Some adult patients might have even received such limited treatment in their younger years, resulting in incomplete recovery. A traumatic experience or loss at an advanced age can then easily trigger a relapse.

Since 1989, when Dr. M.K. (Khal) El-Yousef founded Fairwinds Treatment Center in Clearwater, Florida, we have been using clinical, nutritional and therapeutic counseling to heal patients' minds and bodies and help them achieve lasting wellness. If you believe that you or your loved one is suffering from anorexia, bulimia, compulsive eating or another disorder, contact us today at (727) 449-0300.