How Do Eating Disorders Develop and What Can You Do?

Your Guide to Millennials and Substance Abuse Treatment

There seems to be a stigma attached to individuals who are victims of substance abuse. It is important to remember that they are just that, victims. It is easy to blame poor life choices for becoming addicted to various drugs. In reality, those suffering from drug addiction and alcohol abuse should be viewed the same […]

Mental illness and substance abuse tend to be two disorders that have stigmas because they are not widely discussed. Those afflicted tend to suffer in silence. However, both of these disorders are much more common than most people realize. Did you know that over 46 million adults in the United States suffer from some form of […]

Let Yourself Out: Everything About Radically Open Dialectical Behavior Therapy

There’s no question that self-control is important. That being said, there are times when letting go of ourselves a little can be beneficial and healthy. While most forms of cognitive-behavioral therapy work on building self-control, Radically Open Dialectal Behavior Therapy (RO DBT) takes almost the opposite approach. It understands that for some people, overcontrolling themselves can be […] 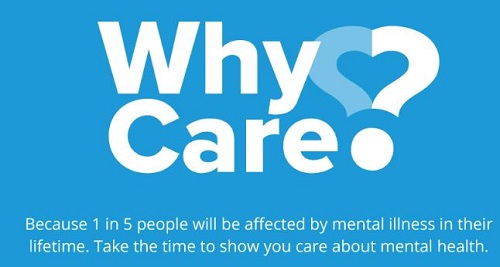 Mental health is often overlooked but is just as important as our physical well-being. Did you know that 1 in 5 people will be affected by a mental illness at some point their lifetime? Millions of people currently live with some form of mental illness. Despite these astonishing statistics, there is still a negative stigma that surrounds […]

We are proud to sponsor the 3rd Annual celebrating everyBODY walk for eating disorders awareness – NOT ONE MORE The Alliance for Eating Disorders Awareness in partnership with iaedp Tampa Bay have organized this event scheduled for 9:00 am February 24th at Raymond James Stadium. More details and registration here: https://bit.ly/2CNBqvM

What to know about Thanksgiving and substance abuse/eating disorders

Everyone deserves a happy Thanksgiving, and here’s what you can do to help that happen.

3 ways to talk to your teenager about depression

To help a teenager going through depression there are a number of steps a parent should take.

4 things you should never say to someone dealing with depression

If you’re speaking with someone who is suffering from depression, avoid saying the following four comments.

Why are opioids so dangerous?

The grave state of the opioid crisis is clear. In light of this, individuals need to educate themselves on what makes the class of drug so dangerous.

What might put you at risk of Seasonal Affective Disorder?

Learn more about what factors may put you at risking of developing Seasonal Affective Disorder.

A look at the opioid crisis in America

The opioid epidemic in America is only growing worse.

October is National Bullying Prevention Month, here’s more information on what’s taking place and what you can do.

The link between bullying and depression

Research shows that instances of bullying can be linked to rates of depression.